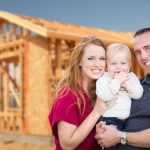 You have land, and you want to build a new home on it. The first thing you need to do is acquire a land survey before starting to build. It’s a complicated process when you have the desire to build on your land, especially a new house. Why Land Surveying is Important A Land surveyor… Read more » 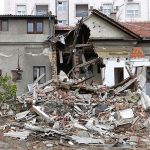 Natural Disasters are happening every year, and in the last few years, there have been some severe disasters in the United States. After a disaster, there’s quite a bit of work to be done to get everything back to normal, and one of them is land surveying. After a natural disaster like a hurricane or… Read more » 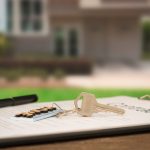 When a transfer of land is taken place, it is always good to hire a land surveyor in case of any changes were made to the land. A new survey done by a licensed professional clearly outlines the current legal description of the land. What does a land survey cover? Land surveys define the boundaries… Read more » 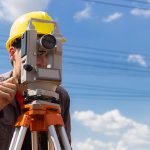 Many people looking to buy a home or have an addition put on to their home overlook the need for a land surveyor to come out before they purchase land or make changes. It’s important to know where the property lines are, so that you won’t have any problems in the future. Here is a… Read more » 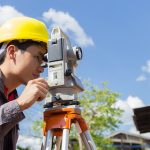 Land surveying comes with many challenges that take some time to fix. Common issues aren’t quick fixes either. They can become headaches for land surveyors, and we would like to share those issues with you, so if you ever need surveying done, you can expect there might be some problems. Most Common Issues Owner’s Time… Read more » 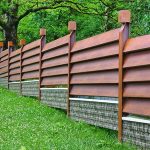 Putting up a fence in your yard can be a difficult decision at times because you want some privacy in your life, but you don’t want to come off the wrong way as a neighbor, or maybe you do.  You will have to consider some things before you do so, which includes land surveying. Reasons… Read more »

For those interested in a career in land surveying, exploring the field of geomatics could be beneficial.  What is geomatics and what does it have to do with land surveying?  The answer to that might surprise you! Geomatics is a link between land surveying and cartography which integrates the two using modern technology such as… Read more »

With their captivating and innovative digital capabilities, smartphones instantly took society by storm, and over the past 10 years or so, developers and engineers have competed to produce the fastest and most intelligent technologies. A good majority of people in America now own some type of smartphone and use it daily for updating social media… Read more »

When you buy a property, you’re going to want to know what that property entails including its size and its boundaries. And sometimes, finding that out is more complicated than one might think. That’s where a boundary survey comes in. A boundary survey is one of the most common land surveys performed for public use… Read more »